Independent women seems to be on the rise. Through experience I’m starting to understand why. As a women who has been independent the majority of her life. I’ve realized that I prefer to be independent within a dependency. I say this because I love having my thing just as much as I love for my man to lead. Am I capable of leading when needed? absolutely! The real question is, do I want to do that ish full time.

Understanding Why Girls Do it

I’ve come to understand how the birth of the independent women came about. I’m not speaking from a societal point of view. But from point experience of myself and the women around me. Some may say it’s a defense meckanisn from being let down by men. Men are known providers and being such affords you the abilty to have their way. A lot of men feel since they are taking care of the home finaniclaly. They should not be questioned or nagged about what they do. Even I’ve been told that i should be okay as long as I don’t want for nothing.

It’s said that a women should be more willing to deal with a rich man treating them like shit than a broke man. What happens when a women realizes she wants neither. Once a women realizes she deserves what she desires. The first thing she thinks about is why she is dealing with this unhappiness? She begins to try to validate a good reasons for staying after all the neglect. She knows if she leaves she will have nothing. No where to live. Nothing to drive.

Yes, in theory she should be able to voice her unhappiness to her man and he should be willing to help hers. BUt we all know thats only sounds good in theory. In reality he will take the house. Maybe even fight her for the children provingher to not be finacially stable enough to care for them. Leaving her to fin for herself. The only way this ends good for her is if he isthe one that wants to leave. And even then he will onlt be willing to give the bare minimum.

I know this feeling first hand. Once the tears stop. Thee comes an energy of new thought. That new thought encouraging the feeling of never letting another man be able to do them like that again. In order to protect herself she must indulge completey in masclin energy putting herself in a state compettion with men.

She now wants to prove she can do his job just as good if not better. Or worst she can be better without him. Proving she can obtain the same level of success. Most women do this unconciously. Guess what? These women then raise their little girls to be and adopt the same mind set. The man that cause this damage doesn’t always have to be a a love it can also be a father. Never having a healty relationship with a provider is the real problem.

I’m not with the whole feminist movement. I absolutly don’t want to do a mans job or his part. Through my experience I’ve realized that I’d rather be an Independent women with in a dependency. That way I dont loose my independence but I’m still able to rest in my feminin energy where i belong. MOst women don’t realize that you don’t have to giv up both. There is a way to maintain your independence and still be dependent allowing your man to lead as he desires. I’m not talking going in half on bills with a man cause unless we fall upon hard time I’m not doing that either.

To all my strong Independent women I pray you find a healthy relationship and have the oppertunity to rest in your feminine. Trust me once you go there you will never wanna go back. Don’t allow anyone to tell you that you must give up the power of being a feminine women. I assure you once you find that resting place you will be more powerful than any masculine (feminists) women. This is something I’m sure of first hand I was once that now I rest and I rest well in my resting place known as feminin energy. 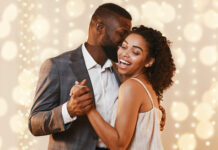 How Important Is Romance 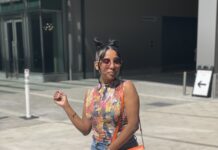 To be Completely Honest 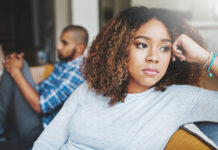