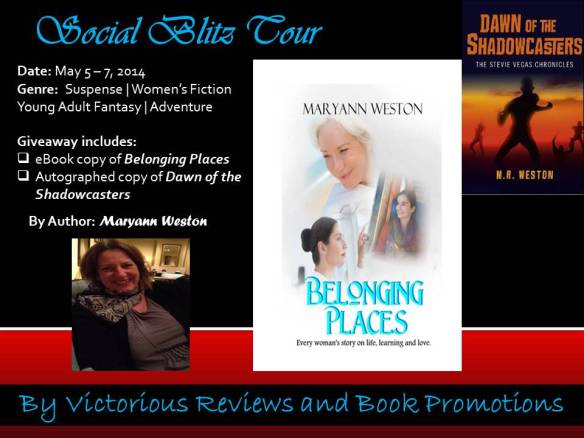 Three women; three stories on life, lessons and love. Three journeys towards the belonging place; three journeys back to self. Liliana Flint-Smith is starting out on her own. Leaving a dysfunctional family behind her and with nothing but a university degree in librarianship, Liliana moves to a remote village in the country. Different from everyone else in the town, she must find her place in a society that doesn’t take kindly to strangers. With the help of an old woman who lives in the flat next to her, Liliana begins to find herself and discovers it was never about her changing, but about learning to be herself. Estelle Wainwright is successful. She’s burning up the career ladder and has just made editor at a national women’s magazine. Her husband Joel is also carving out his niche as an architect and, together with son Corey, is the picture of success. Or are they? Journey with Estelle as she fights the tension within herself: work and home, career and husband, businesswoman and woman, and navigates through a crisis that will test the decisions she has made about how she lives her life. Jill Bridges is struggling to stay afloat. With the loss of her husband and her children busy with their own lives, she’s facing the prospect of a nursing home. But it’s her independence that makes her life worth living and she’ll be damned if she’ll bow to society’s plans for her. With a fierce will, Jill must find a way to triumph over old age and emerge into a life that still holds meaning.

Liliana raised one barely visible eyebrow. “Nothing’s wrong is it?” she said, starting to worry. She really needed to get through this degree. The money her grandmother had left her was starting to run out, and Mr Liazzorini from the pizza bar could only give her two shifts a week. She was tired of the endless baked bean sandwiches, eggs and mince, supplemented by loads of vegetables…because they were cheaper than meat. As she approached her final semester at university, she wanted out, and to begin her search for her ‘place’, she thought wryly as she fingered the corner of the books in her hands.
“Nothing’s wrong at all. In fact everything is fine Liliana. I just wanted to talk with you about an Honours’ year next year…in English. But more of that later when we’ve got that much needed coffee in our hands. I’ve only had one this morning and it’s nearly 11 o’clock!”
She linked arms with Liliana and half propelled her towards the coffee shop. Once they were seated, she took out a piece of paper which resembled Liliana’s academic transcript.
“I hope you don’t mind Liliana, but I was able to access your subject marks in this English major and I have to say they are impressive.”
Liliana’s eyes widened and she waited for the joke to come next. When it didn’t, her expression became one of puzzlement. “Ah…I’m not sure I know what you mean. I’ve not done that well in my English major.”
Hari smiled as she took a long sip of the soy latte she had ordered. Liliana was waiting for hers to cool, a little bit nervous of testing the heat against her lips in case it spilt.
“I’m telling you Liliana, your marks are better than good and I think you have the right attitude to take on Honours…you seem to understand what the writer is actually saying…the guts of it, if you know what I mean and not what academia wants you to think. You’re a complete natural and I think with a little bit of mentoring, you can make a place for yourself here.”
Liliana finally took a sip of her coffee and noticed with disappointment it had gone slightly cold. “Here? Oh I don’t think so…I mean I don’t want to sound ungrateful, but I don’t want to stay here.”
Hari looked slightly puzzled, and a little bit hurt, Liliana thought.
“I’m not sure I know what you mean Liliana. What I’m offering you is a career path to perhaps, one day, lecture at this university. Perhaps write yourself. I really think you’re capable of all this,” she said, waving her arm in an expansive gesture in the general direction of the university.
Liliana couldn’t help smile but she quickly forced it back.
Liliana couldn’t help smile but she quickly forced it back.
“Thank you. I really mean that, but I can’t stay here. I’ve got to find my place and this is not it,” she said. She reached into her purse and took out $3 in silver coins. She placed them on the table and bit at her lip. She really was quite nervous at having to disappoint Hari Theodori.
Hari touched her arm again. “I understand Liliana, but promise me you will think it over.”
Liliana nodded before hurrying out of the coffee shop. She could still make the 301 back to Blacktown. Luckily the term was nearly over and if she arrived and departed Hari Theordori’s classes on time for the next week, she wouldn’t have to talk about the prospect of studying Honours.

Only light can drive back the darkness. Only Stevie Vegas can stop the Shadowcasters. It’s been a year since the 13-year-old skateboarder found out he was an Illuminator with special powers – the ability to read minds and make things happen. Then, he was forced to use his new powers to fight the Shadowcasters. Now they’ve turned up in his hometown wanting revenge, and it will take all his skills as an Illuminator and the help of his friends to beat them again.

Maryann Weston is a professional writer and communicator, working in private enterprise and for government. She lives in Goulburn, Australia. She has been writing all her life across many mediums and for many purposes. Maryann has written for newspapers – features, news, legal stories – and for government, niche magazines, websites and for social media campaigns.

Maryann has written for private enterprise and managed numerous public relations and communications campaigns over the years. For the past 25 years, she has put words together in various ways, for a diverse audience and a variety of reasons, through her professional work and now as an author.

Her debut novel Shadowscape – The Stevie Vegas Chronicles is a story about a young skateboarder who has ESP and an amazing Kickflip (skateboard trick for those who don’t know). Her second novel Dawn of the Shadowcasters is Book 2 in the Stevie Vegas Chronicles series and is in Production with Lodestone Books and will be available on 30 May 2014. Maryann has also authored her first adult fiction book, Belonging Places, which is in production. It’s a book for women, and about women and will be published in March 2014.

Maryann has also authored her first adult fiction book, Belonging Places, which is in production. It’s a book for women, and about women and will be published in March 2014.

ENTER TO WIN:
A Rafflecopter giveaway